The restrictions because of the Covid-19 pandemic have forced several institutions to implement work-from-home arrangements. Whether it will affect the new norm, the wide adoption of this setup has shed light on the possibilities and limitations of having a remote workforce.

We review here some online needs of a dispersed office. Most of them had existed before the pandemic but only gained wider popularity in the first half of this year.

Free online calls have been offered even before the lockdowns. Grievances and product inquiries have also been made remotely, so the systems were already in place. There are toll-free numbers available even to clients outside the country. In the UK, it is possible to buy phone numbers that start with 0800 or 0808 so that anyone can call for free. Messaging in social media platforms has also been popularly used. Some even offer video calls with their apps.

However, the need for secure communication lines became more pronounced when the bulk of office work relied on online communications. Sensitive information is now being discussed remotely when before, they were confined to closed-door meetings.

Wiretapping had caused sensational scandals before. It is of no surprise then that people are warier now that surveillance devices have become more refined. Since phone calls have been tapped earlier, devices blocking third-party intrusion have also been developed earlier. With app-based messaging and calling, however, people have only moved to applications that have end-to-end encryption in recent years. Signal and Whatsapp are some examples of these applications that offer more secure lines.

Video conferencing platforms have different features that allow participants to recreate activities usually done in on-site training. For example, Zoom allows for breakout group discussions. It has interactive features such as chat and polls. Platforms like Stormboard allows group members to post their ideas any time that could be later on clustered and processed.

Online meetings had at first been questioned because, in some platforms, anyone who has details of the meeting link could join. More security measures were eventually introduced. Zoom meetings, for example, are secured with passwords. Meeting holders could also opt to have a ‘waiting room’ wherein participants will have to be admitted by the host. 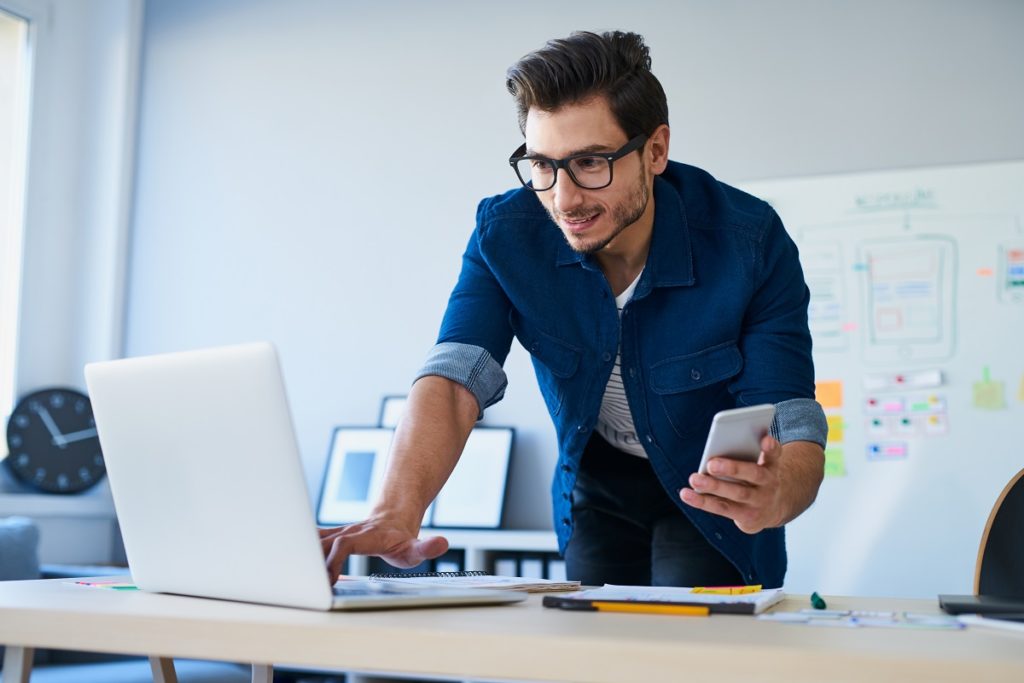 File sharing had already been made easy by Microsoft Office and Google Documents. You can upload a file and share it with several others who can simultaneously edit it from different locations. The settings can also be set to allow access for simple viewing or editing.

For the skeptics who were wary of the security of online document transfers, the alternative email servers became more popular. Those that offer end-to-end encryption had mostly been popular before among individuals and groups working on sensitive cases. They were human rights workers, non-government organizations, feminist groups. But now, email services such as Tutanota and Protonmail are also used by companies to securely share documents.

Online banking has existed for some time now. It provides convenience for clients to transact remotely, even from abroad. However, some features have been restricted to on-site authorization, especially those that involve large amounts of money. But due to the pandemic, people have become wary of going to banks and transacting with cash, which they fear might spread the virus. Online banking, which became more popular, thus evolved, offering services that allow remote authorization.

Some companies have started to institute changes in authorization protocols, and if the setup continues, the changes could be for good. On the other hand, some banks have become more strict, setting up safeguards against frauds who are taking the opportunity that many people now prefer to do their transactions online.

Local delivery services have certainly hit a high during the pandemic. Although most documents could just be shared online, some files may need to be reviewed or handled physically. Offices needed to relay documents or goods to employees could easily call a service to pick up and deliver the package.

Working from home for sure has its positive side. It could save overhead costs in maintaining an office with many workers. The level of technology available to us has indeed allowed for sourcing and connectivity, not just inside the country but also globally. And if workers could properly manage their time, the setup could improve the work-life balance for everyone. However, too much reliance on the online system could also create problems in the future. As has been the hesitance of many people, online security will have to be strengthened for remote work setups to persist in the future.