The ripple effects of the pandemic, plus the recession that followed, would lead to difficult times for anyone in today’s world. But artists, in particular, are likely to be hit hard and experience a slow recovery.

Art as a luxury

The historical evidence shows that people change their behavior in a downturn. Only a few demographics continue to spend as normal. Everyone else adjusts their consumption to focus only on the essentials: food, housing, energy, and some minimum of clothing and transportation in order to go about their lives.

The relative health of the art industry should serve as an index of social well-being, but it’s often ignored. Compared to the minutiae of economic performance indicators, which are tracked round-the-clock, few policy-makers or journalists give similarly detailed coverage to art in society.

We acknowledge that the arts are important, but they tend to be categorized as non-essential. As the Institute for Innovation in Social Policy noted after the Great Recession, the Obama administration’s proposed economic recovery package nearly included a clause excluding the arts from public spending.

The stipulation was omitted from the final bill. But the fact that it was passed by a majority of the Senate indicates the prevailing attitude: arts are a luxury in our society. And luxuries are among the first things to get cut from anyone’s budget when the economy starts to contract.

The average person will point out that throughout history, changes in the economy and society alike have simply given birth to new movements in art and design. No big deal; artists will simply adapt to the new circumstances. However, this argument is flawed in two ways.

The first is that art is not design. A designer’s job brief, at minimum, is to fill a need. In times of plenty, design can be extravagant; in a recession, it can go back to basics indefinitely. The Great Recession gave rise to shabby chic and rustic barnwood shiplap walls, trends which are still going strong today. There is a minimum function that designers will always be able to fulfill. 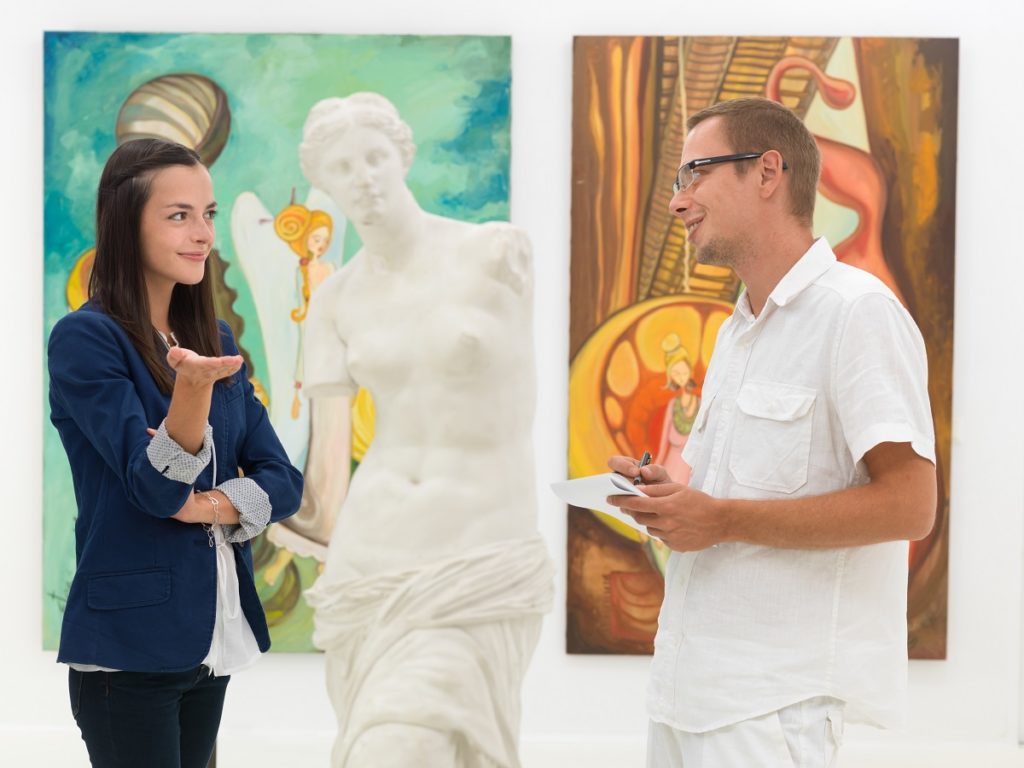 Artists, however, seek to engage their audiences through creative expression. Their function is completely tied to the subjective opinion and priorities of our society. What happens when people simply refuse to engage because they perceive other things as more important?

The second flaw with this argument is that survival does not equate to benefit. Different as they may be, neither artists nor designers actually love going through a recession, any more than another human being would.

When we look back on how art and design evolved in response to disruption, we see the works of those few who successfully navigated a crisis. We know next to nothing about those who failed. It’s an example of survivorship bias at work.

Further complicating the issue is the fact that within the arts, the effects of this particular downturn may not be felt equally. Creatives who work in traditional media, from painters and sculptors to authors and composers, may be able to proceed with business as usual. Those in the performing arts are more severely affected, as venues close and events attempt to pivot to virtual channels with varying success.

Artists of all kinds may face a more difficult future than the ordinary worker. In 2019, the US Bureau of Labor Statistics noted that employment in this sector was projected to decline by 4% over the next decade. Those figures were taken before the pandemic, which has already been seen to accelerate existing trends elsewhere.

On the other hand, there may be a way out through the rapidly-growing freelance economy. A 2017 study by the National Endowment for the Arts noted that artists are typically far more likely to be self-employed (34%) than the average (9%), and satisfied with it.

The takeaway, if you’re an artist, is that you don’t need to move away from your passion. You can keep on pursuing the craft you love. But for the sake of resiliency, your income-generating model may need to shift largely (if not entirely) towards contract work.

And if you’re an art lover with resources to spare, this may be an excellent time to capitalize on any dips in valuation on the fine art market. Certain art pieces may appreciate over time at a rate that compares favorably to the S&P 500.

For everybody else, who is neither a professional artist nor an art collector, but merely appreciates the value of art in our lives, it’s time to act on those values. Support your local and independent artists, whether it’s through purchases or word-of-mouth promotion on social media. They just need help to make it through this crisis in order to adapt and make great new art.