For the hardcore fight fans, July 26 can’t come soon enough. Fans from around the world are waiting for the third installment of Mauricio “Shogun” Rua vs. Rogerio “Little Nog” Nogueira. The two veteran cage warriors will headline UFC Fight Night 174 in Abu Dhabi.

The much-anticipated fight will happen in the now-famous Fight Island. A man-made oasis now hosts the Ultimate Fighting Championship’s shows ever since COVID-19 brought sports, business, schools, and practically everything to a stop.

Fighters signed up by the UFC breathed a sigh of relief when they first found out about this exciting fight location. After all, many of them had mortgage refinancing to think about, children to send to school, trainers and coaches on retainership, and a few also had alimonies to settle.

Like the fight company that it is, UFC was not one to cower in the corner and wait out the pandemic. After scouting for alternate locations where events can be safely and legally held, they settled in the United Arab Emirates’ prized Yas Island.

Before UFC’s move into the island, the mixed martial arts events were held in major cities around the world. The main fights that pitted world championship contenders were usually brought to New York, Las Vegas, London, and even Rio De Janeiro in Brazil.

Yas Island, marketed as ‘Fight Island’ by UFC, is a 2,500-hectare man-made paradise in the UAE capital of Abu Dhabi. To ensure fighter and staff safety, the organizers and local authorities had set up a 16-kilometer radius exclusion area. A hotel, several restaurants, and training facilities are located inside this safety zone to enable event participants and crew to gain access to all they need.

The fights are held inside the Flash Zone, an arena that will contain the now-iconic fight cage called The Octagon. No spectators or audiences are allowed to watch the event. Only the broadcast crew, fighters, coaching teams, medical staff, and, of course, security personnel are permitted in the arena. Mist tunnels were also put in place to enhance the sanitation protocols in the fight venue.

The fighters will be staying in designated hotels inside the island, which is considered a quarantine area. Fighters must test negative for the coronavirus before they take their flights, and again upon arrival in Abu Dhabi. They are also required to self-quarantine inside their respective hotel rooms for at least 12 hours. They have to wait for the release of the test results before going back to training and other activities related to their bouts.

In 2019, the place was recognized by the World Travel Awards (WTA) as a top tourism project. Specifically, the award was given for Yas Island’s famous theme parks: Ferrari World Abu Dhabi, Yas Waterworld, and Warner Bros. World Abu Dhabi.

Ferrari World Abu Dhabi is mainly a rollercoaster theme park, but it also has several rides that are suited for children and other family members. Its main attraction is Formula Rossa. It is a rollercoaster mounted on iron and steel racks that are 160 feet above the ground. Accelerating at a top speed of 240 kilometers per hour, the rollercoaster can get launched at this breathtaking velocity in just 4.9 seconds.

Yas Waterworld, dubbed as the “World’s Greatest Water Playground,” is a 15-hectare waterpark with additional rides for theme park lovers.

Warner Bros. World Abu Dhabi, for its part, is a theme park that highlights characters such as Wonder Woman, Batman, and Superman. Other themes featured in the facility are cartoon characters from the Looney Tunes brand. This park was reportedly built with a budget of over $1 Billion. 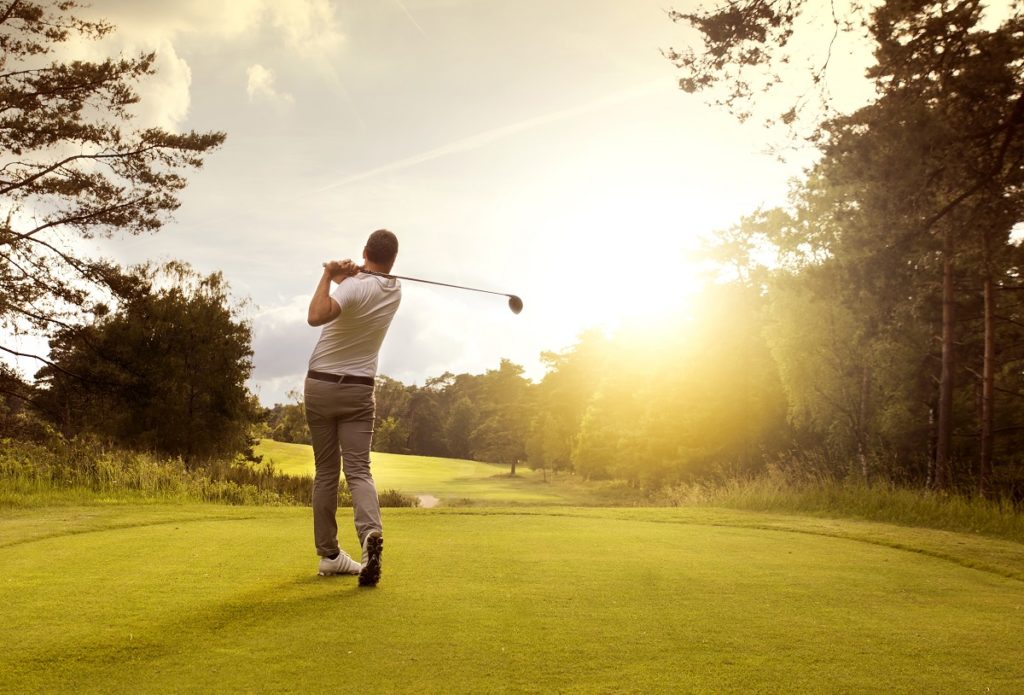 Golf and Racing on Yas Island

Before UFC set shop, the island was already famous for many racing events. The Yas Marina Circuit and its 5.5-kilometer stretch have covered grandstands and pitlanes. It is the home of the Abu Dhabi Grand Prix, a Formula 1 motor race that brings the world’s best racers to one venue. Last year’s winner was Lewis Hamilton, a 6-time Formula One champion that drives for the Mercedes-Petronas AMG Team.

For lovers of the gentleman’s sport, Golf, the island has Yas Links. This golf course is considered to be among the Top 100 Best Designed Golf Courses in the world.

The UFC top honchos revealed that holding the UFC events in Fight Island was a win-win for the fight company and the Abu Dhabi government. The UFC was not charged any rent for the use of facilities on the island. The Abu Dhabi government footed the costs of hotel accommodations, transport, food, training facilities, COVID 19 testing laboratories, and other amenities on Yas Island. The Abu Dhabi Department of Culture and Tourism reportedly paid UFC a hefty hosting fee in the vicinity of $100 Million. In return, Yas Island and the rest of Abu Dhabi will get exposure and branding opportunities as part of the UFC event hosting.

So, aside from Rua and Nogueira, the business people behind UFC and authorities in Abu Dhabi have a lot to expect from these fight events. Apart from the exciting martial combat and side entertainment, they all expect multi-million dollar revenues from this island-paradise.